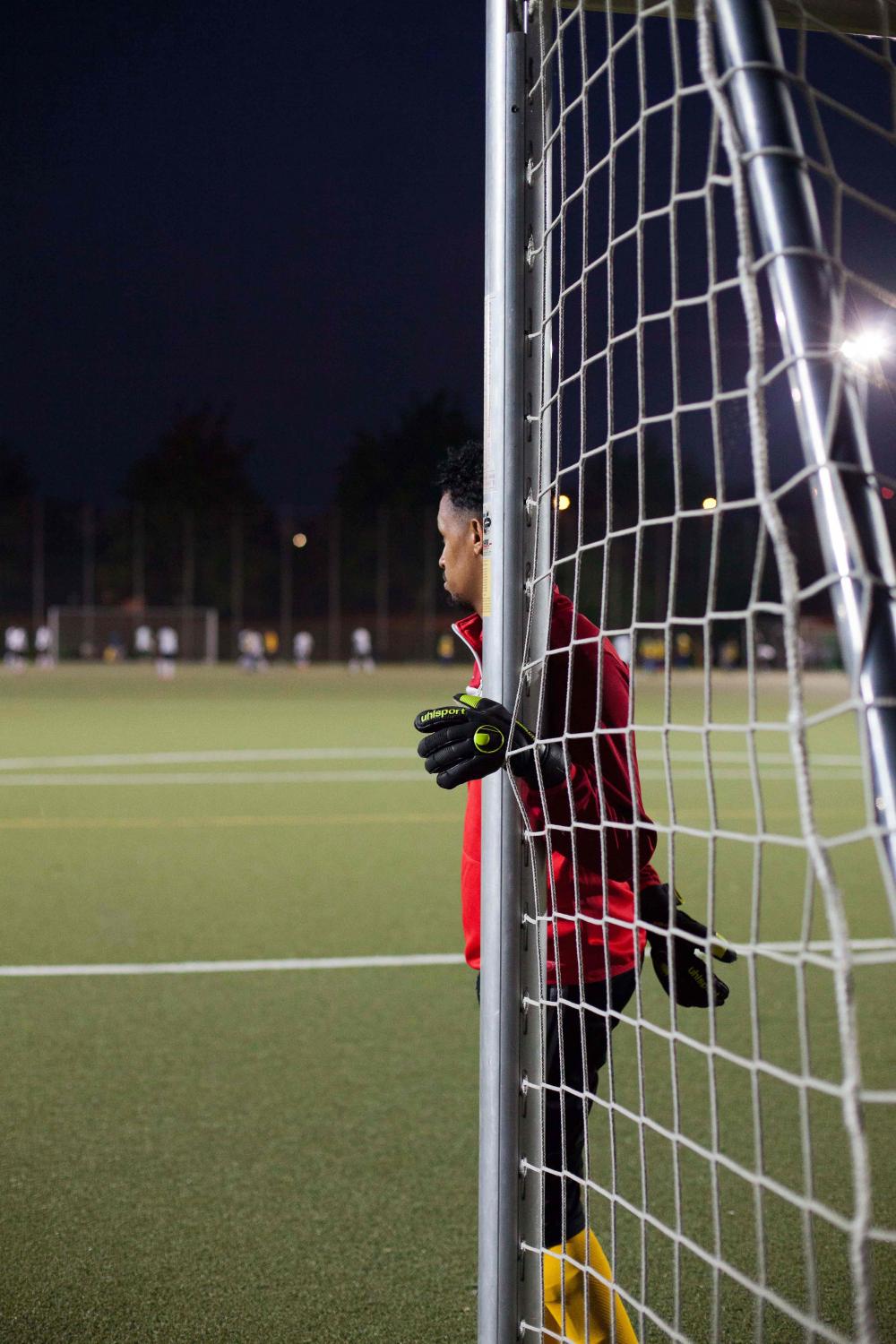 For 20 years, Ethiopia and Eritrea stood in a bloody conflict that erupted around the border town of Badme in 1998. Around 100,000 people were killed, and numerous Ethiopians and Eritreans fled their countries. In the two decades of conflict, Eritrea’s society has shrivelled into a poverty-stricken dictatorship, becoming one of the twelve countries with the lowest possible rating for both political rights and civil liberties. The majority of “able-bodied” adult Eritreans are on “indefinite, compulsory” active national service that will oftentimes extend over decades, amounting to what the UN refers to as mass enslavement. Thus, in a country of 4.5 million people, as many as five thousand people flee Eritrea every month, many of them to Europe.

A few of these young Eritreans arrived in Berlin, where they joined the football team Ze Berlin. The team was founded explicitly to accommodate both Ethiopian and Eritrean players who, despite the longstanding conflict between their home countries, train together three times a week. 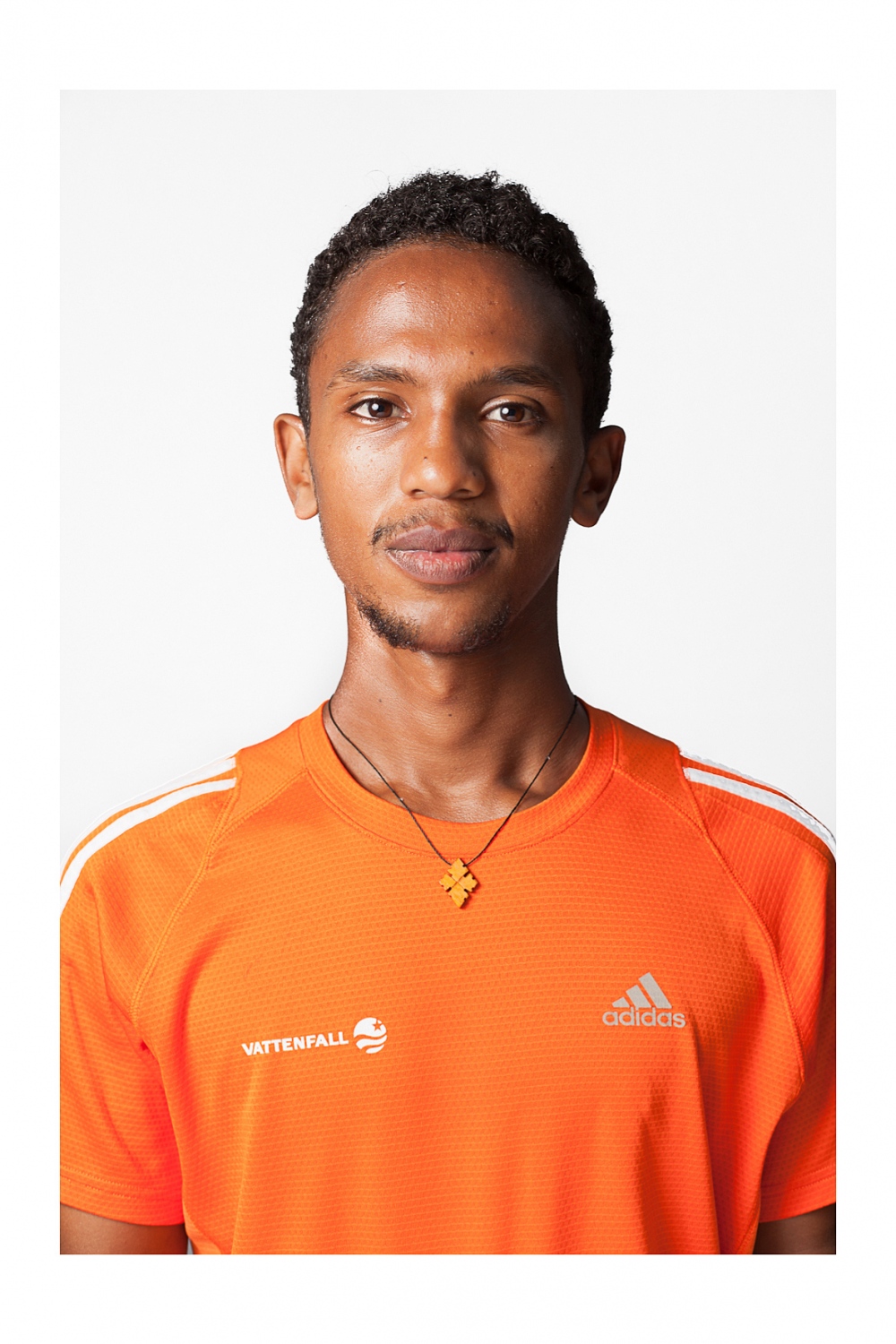 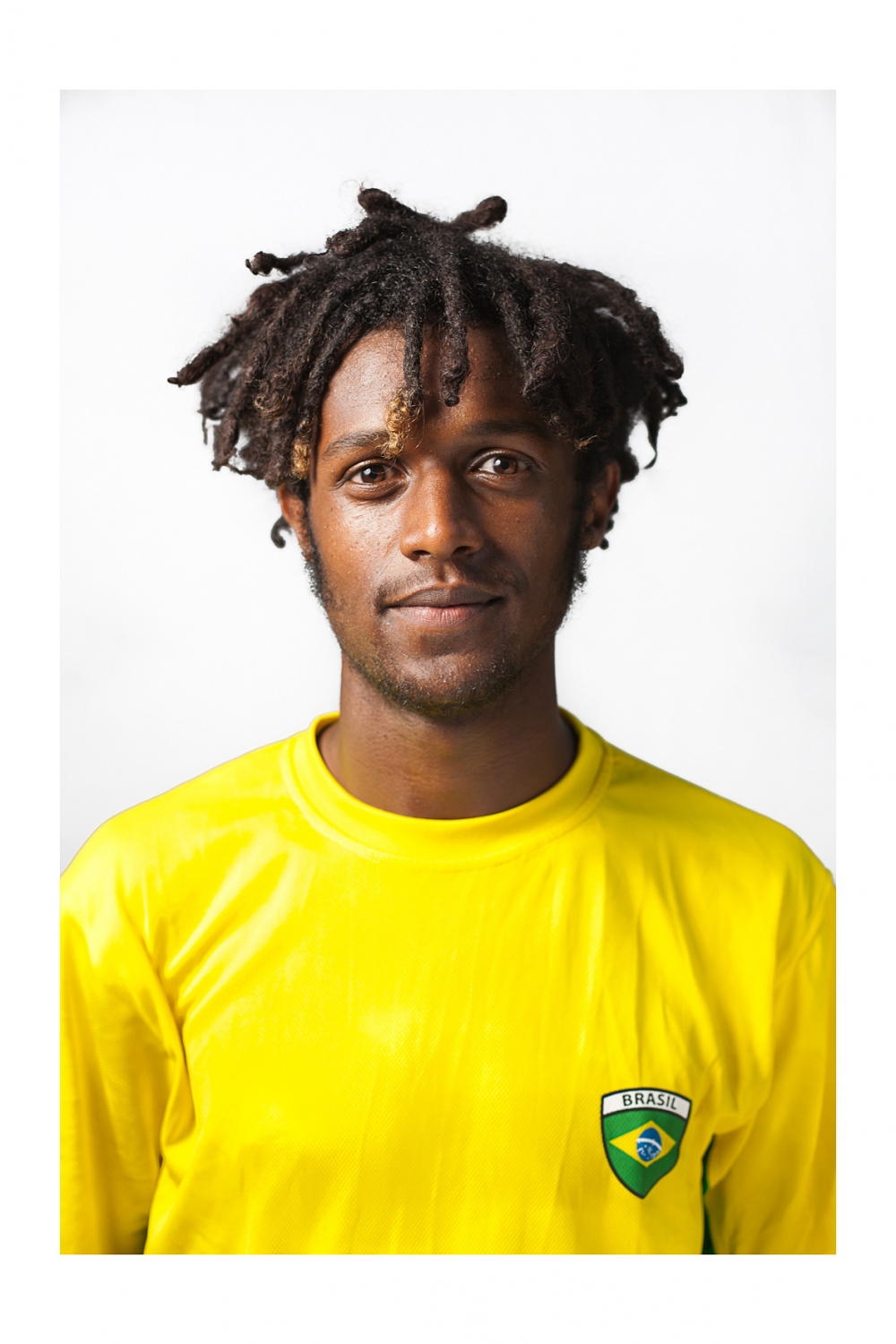 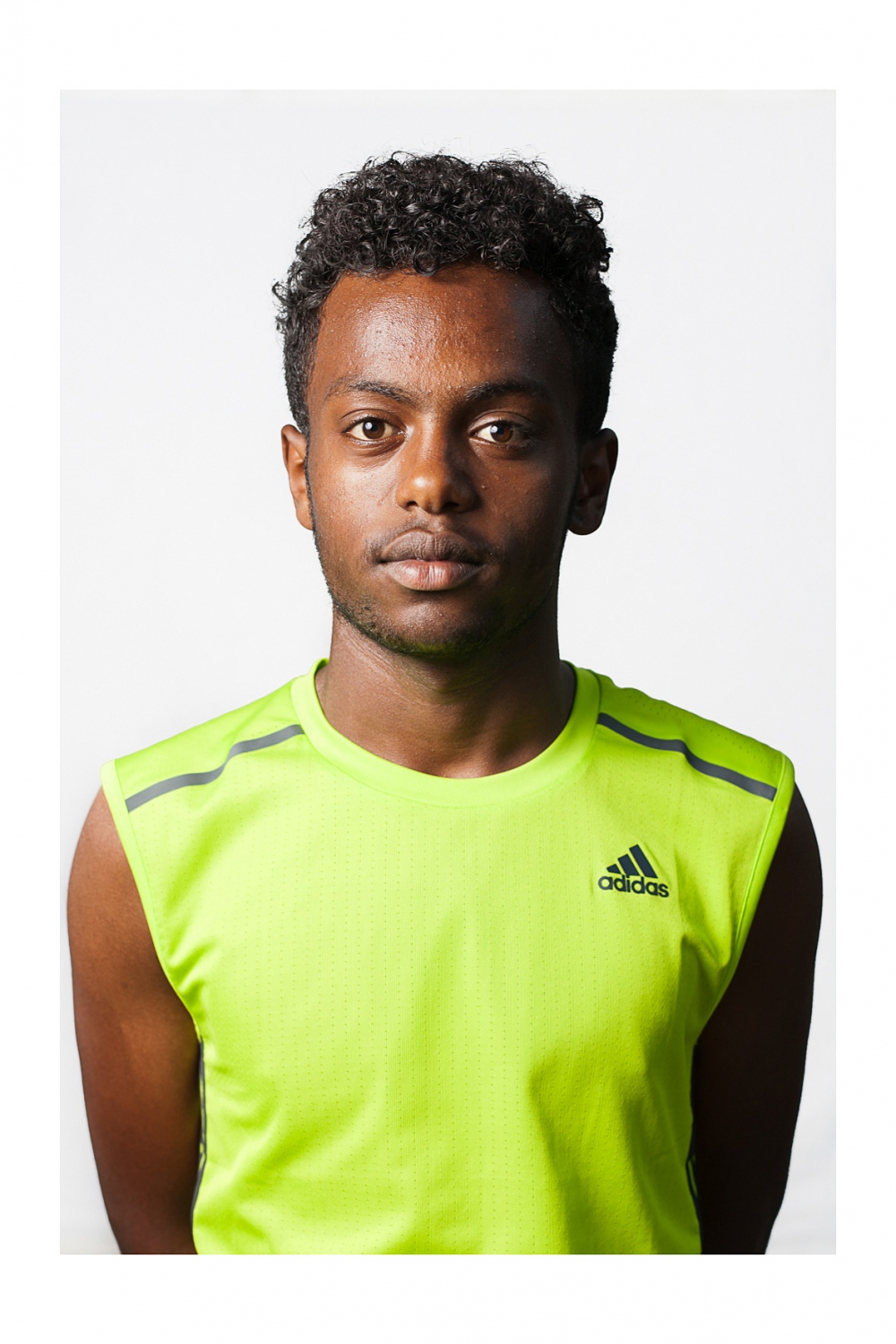 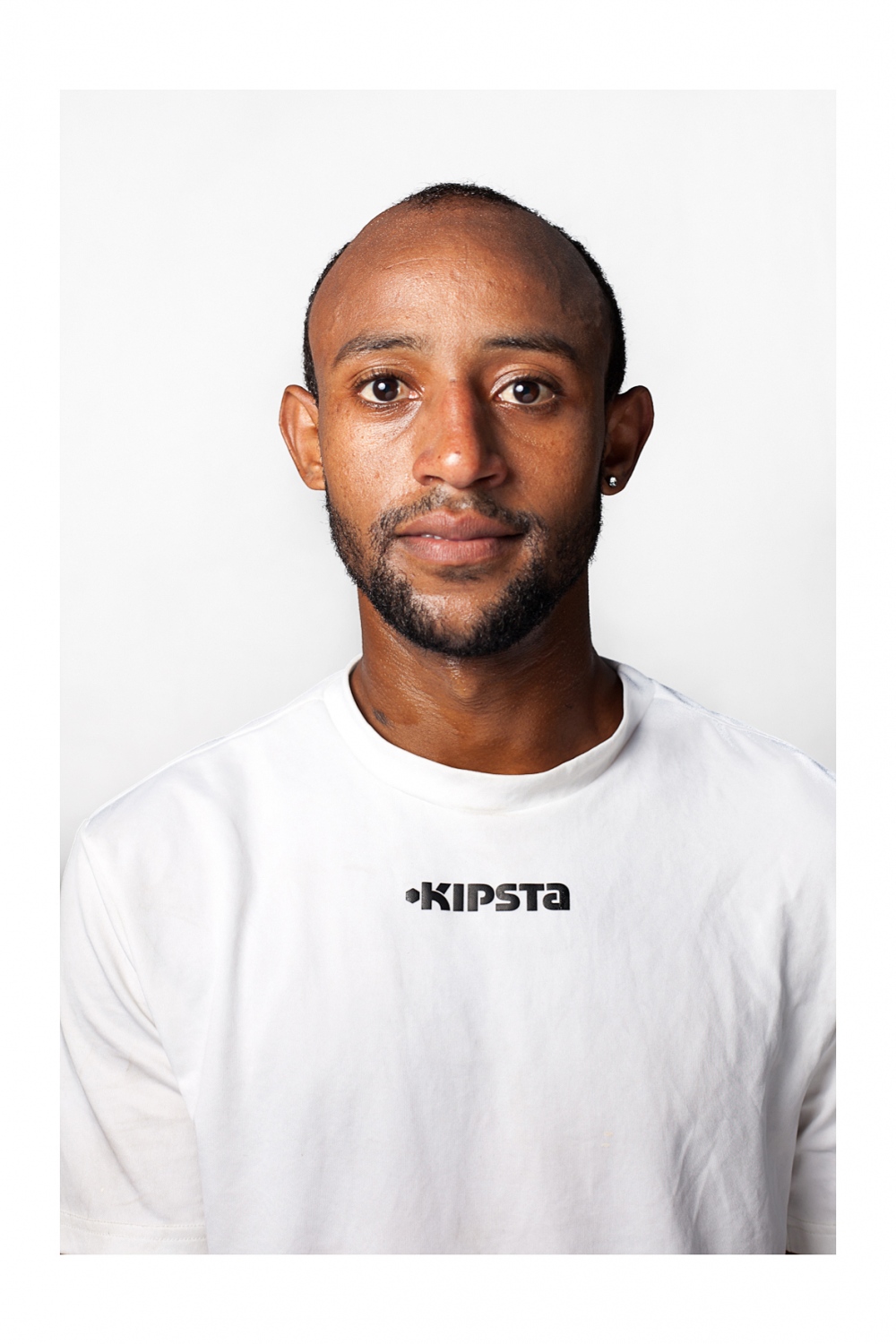 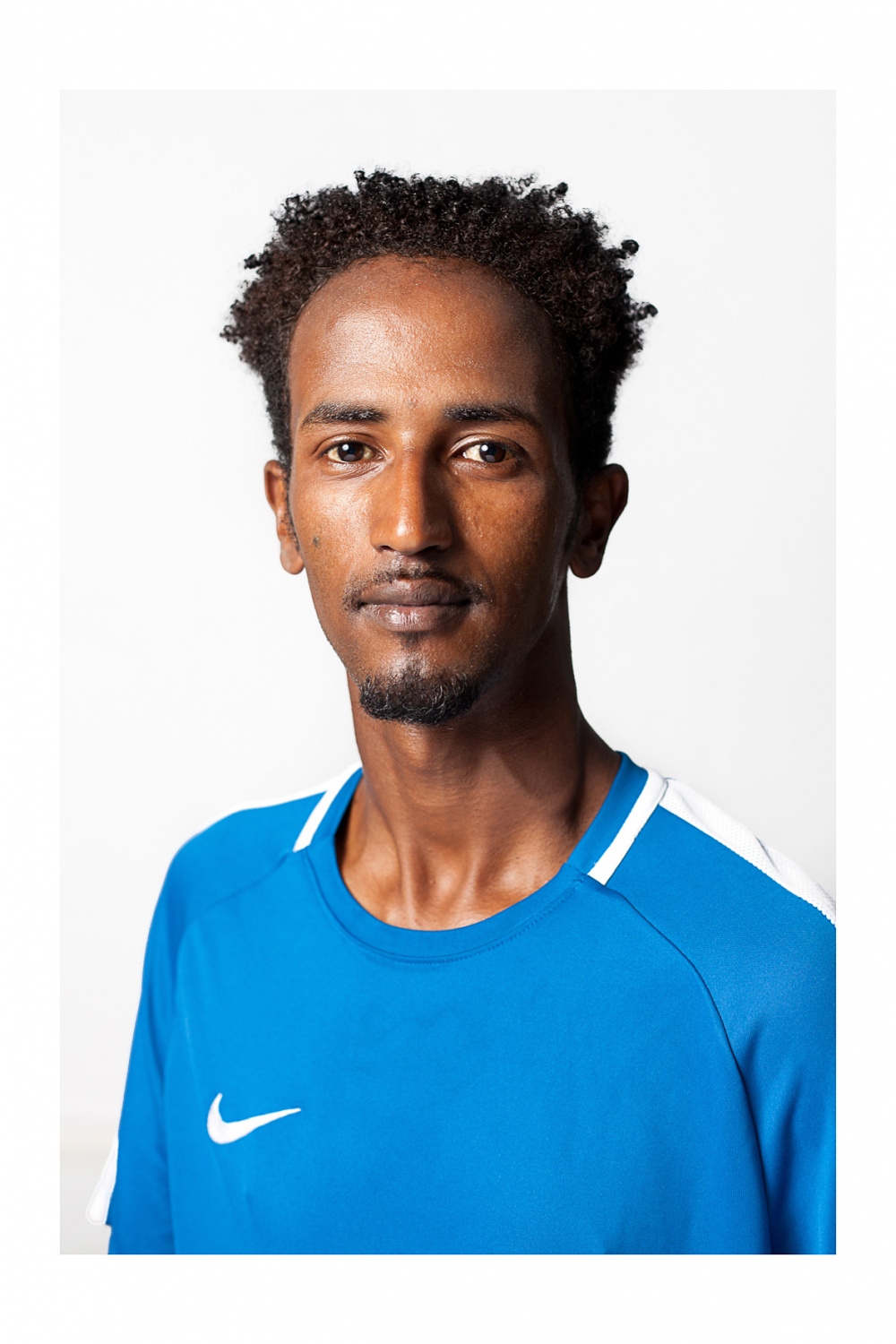 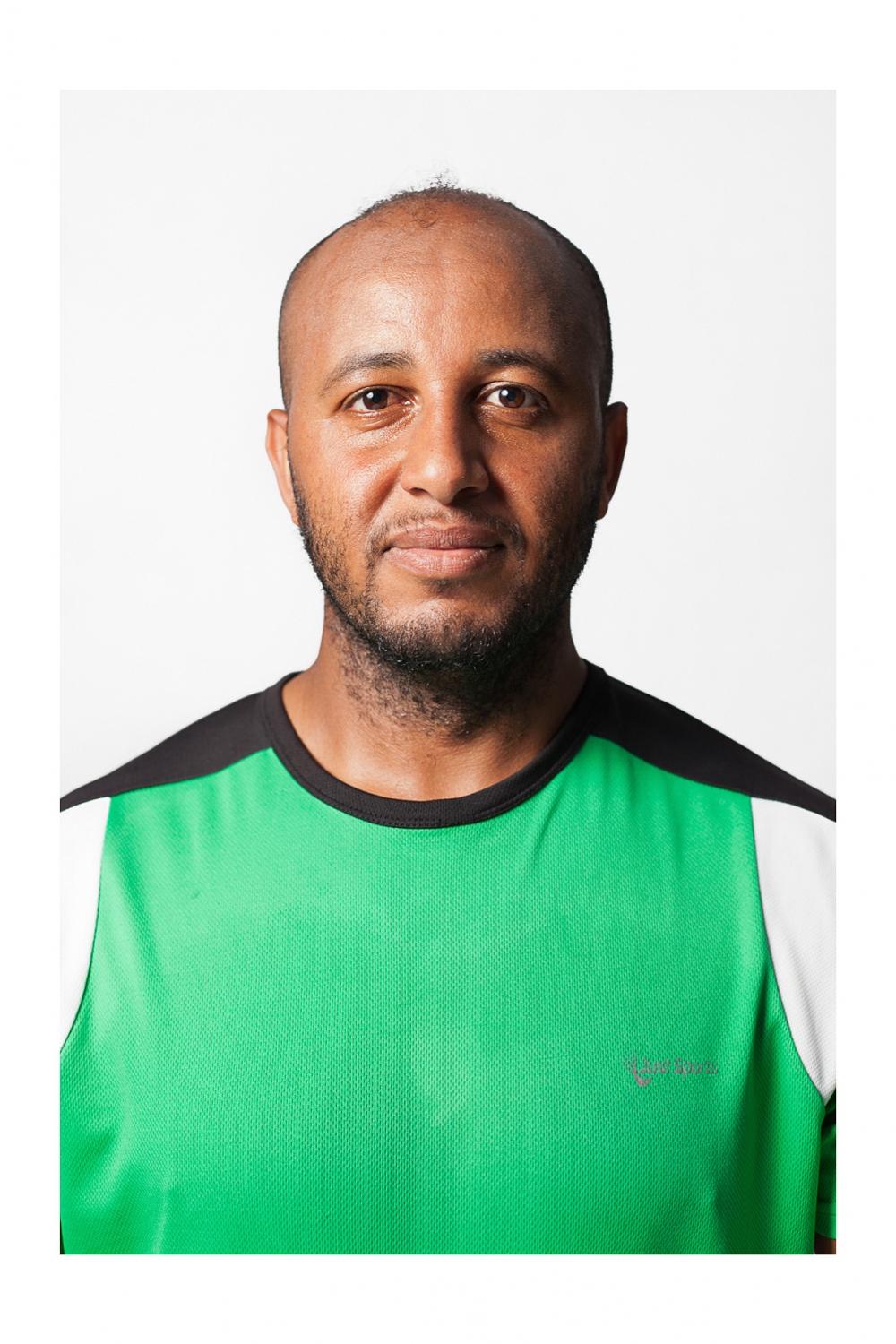 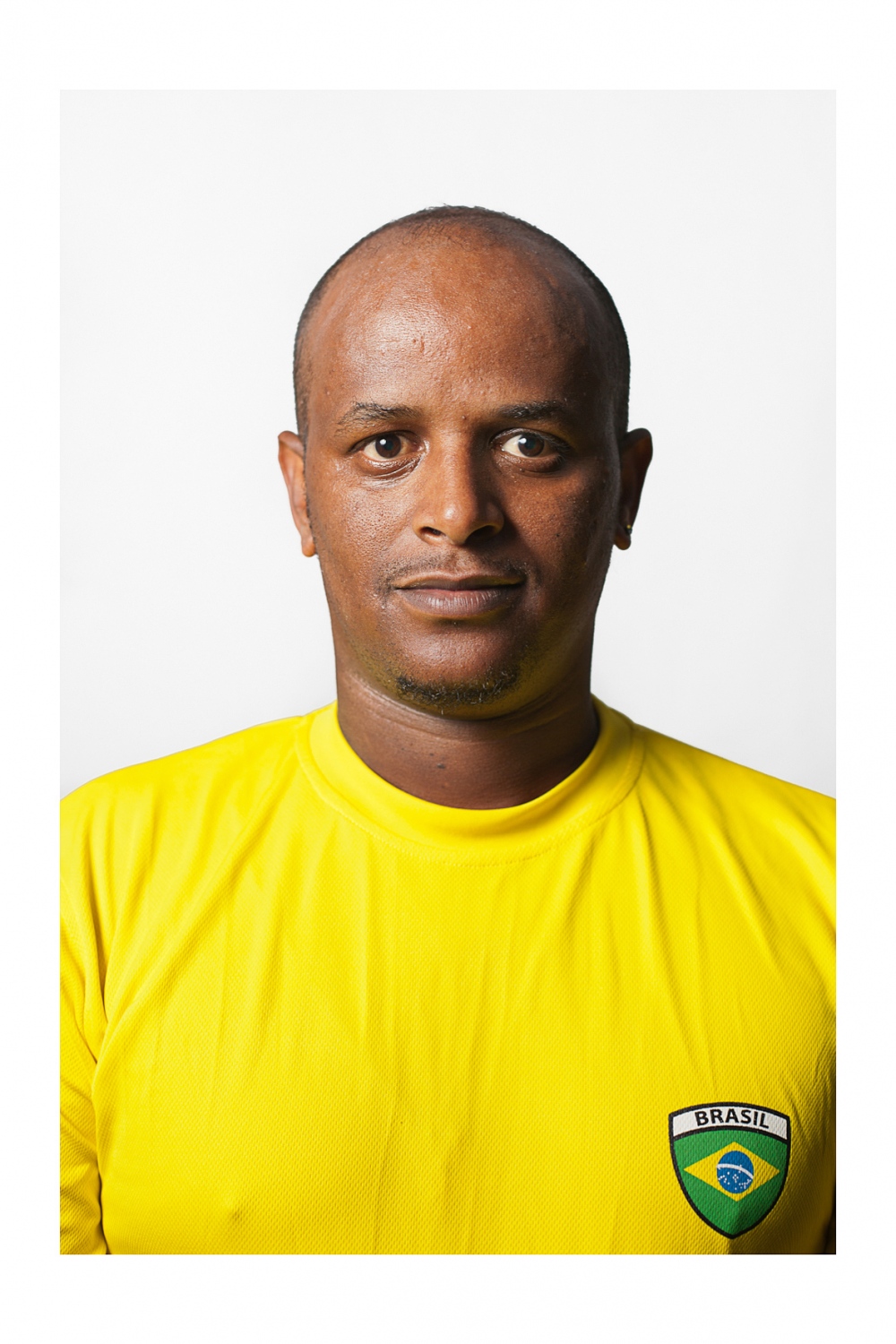 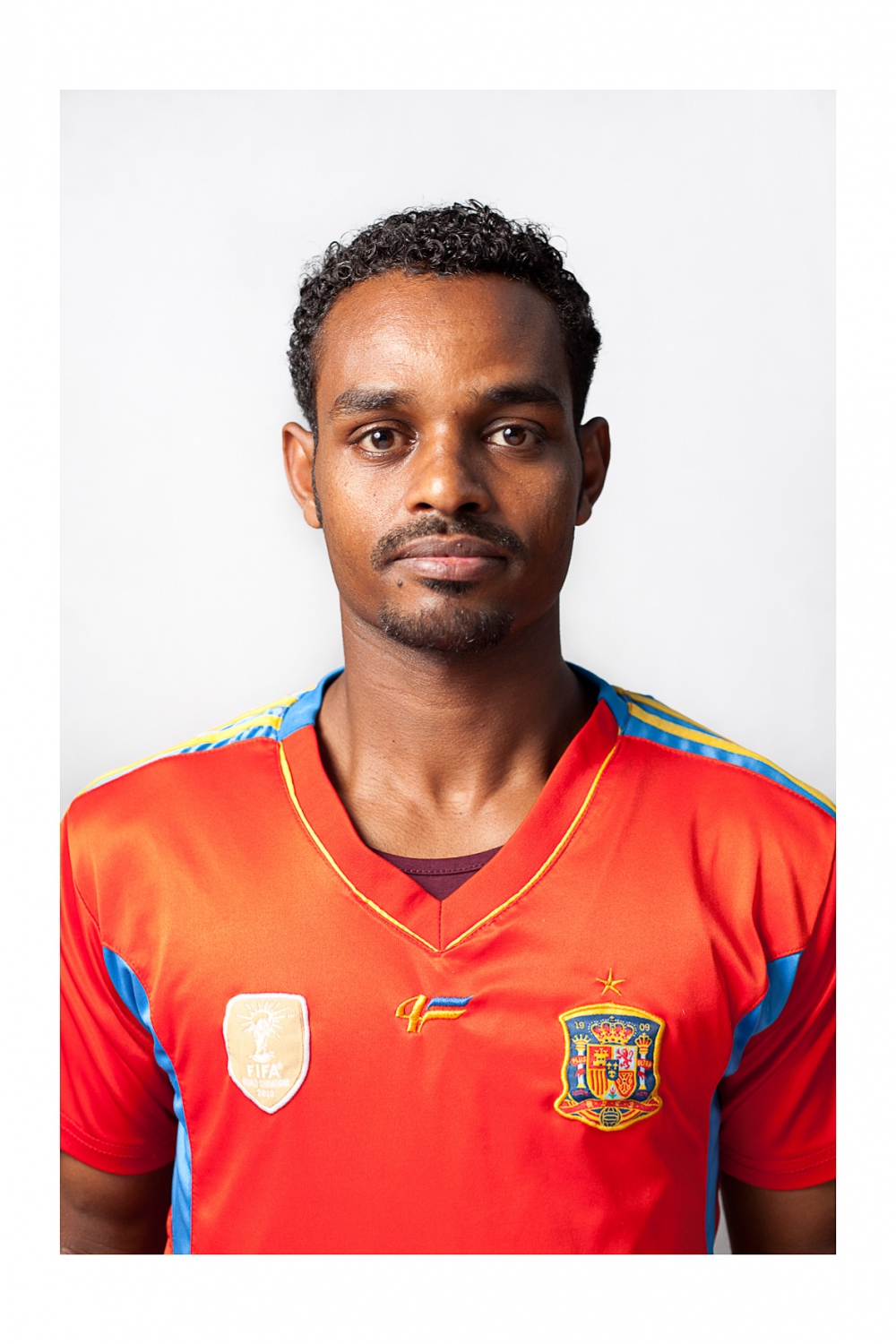 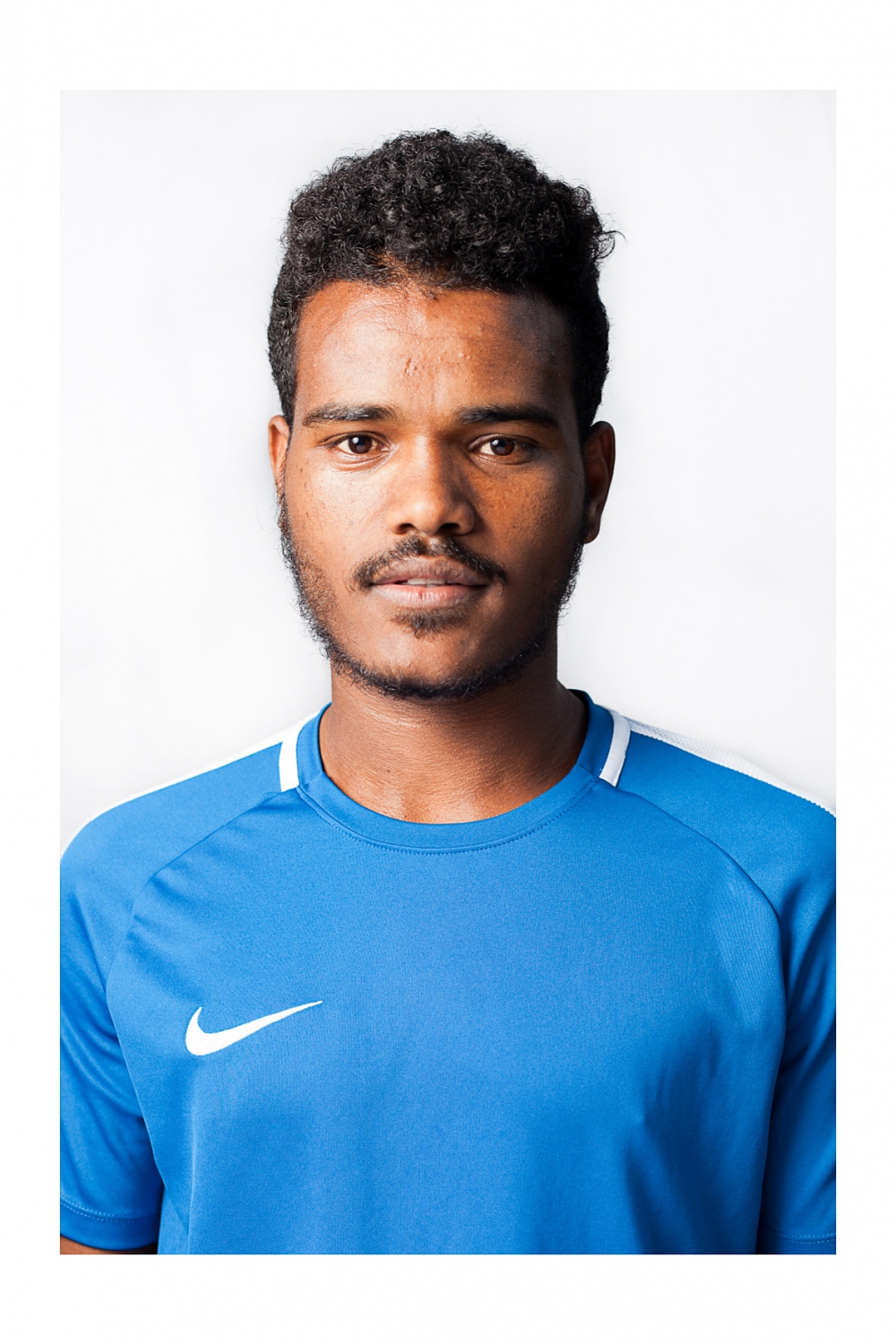 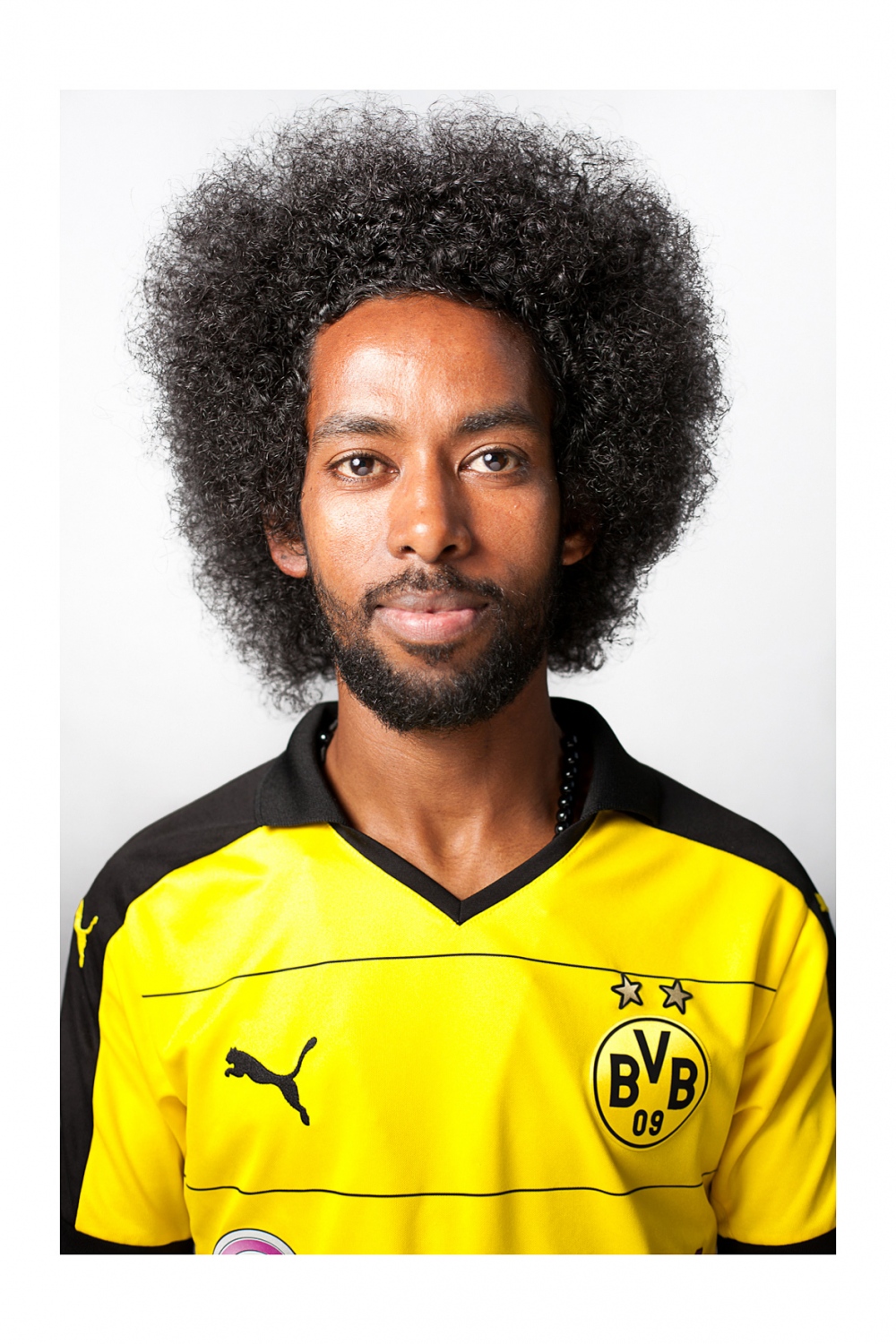 12 / 26
In August 2018, Ze Berlin took part in the Ethiopian Sports and Culture Federation in Europe Football Cup in Stuttgart. Taking place for 17 years in different European cities, it is considered the most important sports and cultural event for Ethiopian and Eritrean communities in Europe. On the five days of the cup, 33 teams from Europe, Ethiopia and the US competed and celebrated, joined by an international audience of 10,000 people. Ze Berlin was one of the exceptional teams where Ethiopians and Eritreans played side by side. In this way, they exemplify the new era of freedom and cooperation between Ethiopia and Eritrea that was declared by the two nations' heads of government on 9 July 2018. Thus far, it has remained a tantalising promise of peace whose implications are yet to be played out.
(hover above image for caption) 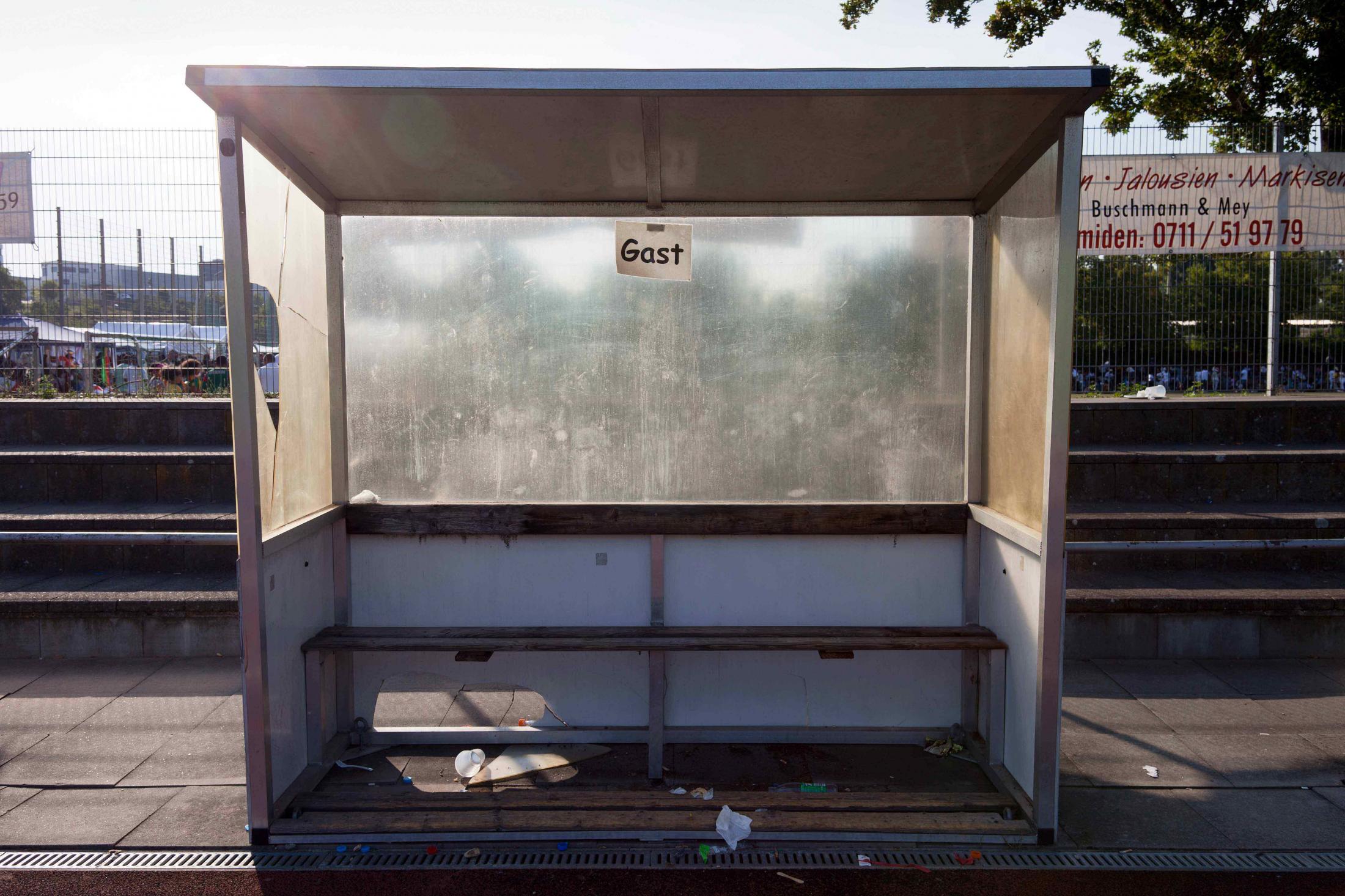 Gast / Guest. For 17 years now, the Ethiopian Sports and Culture Federation in Europe Football Cup takes place annually in a different European city. Bringing together up to 20.000 people, it is considered the most important sports and cultural event for Ethiopian and Eritrean communities in Europe. 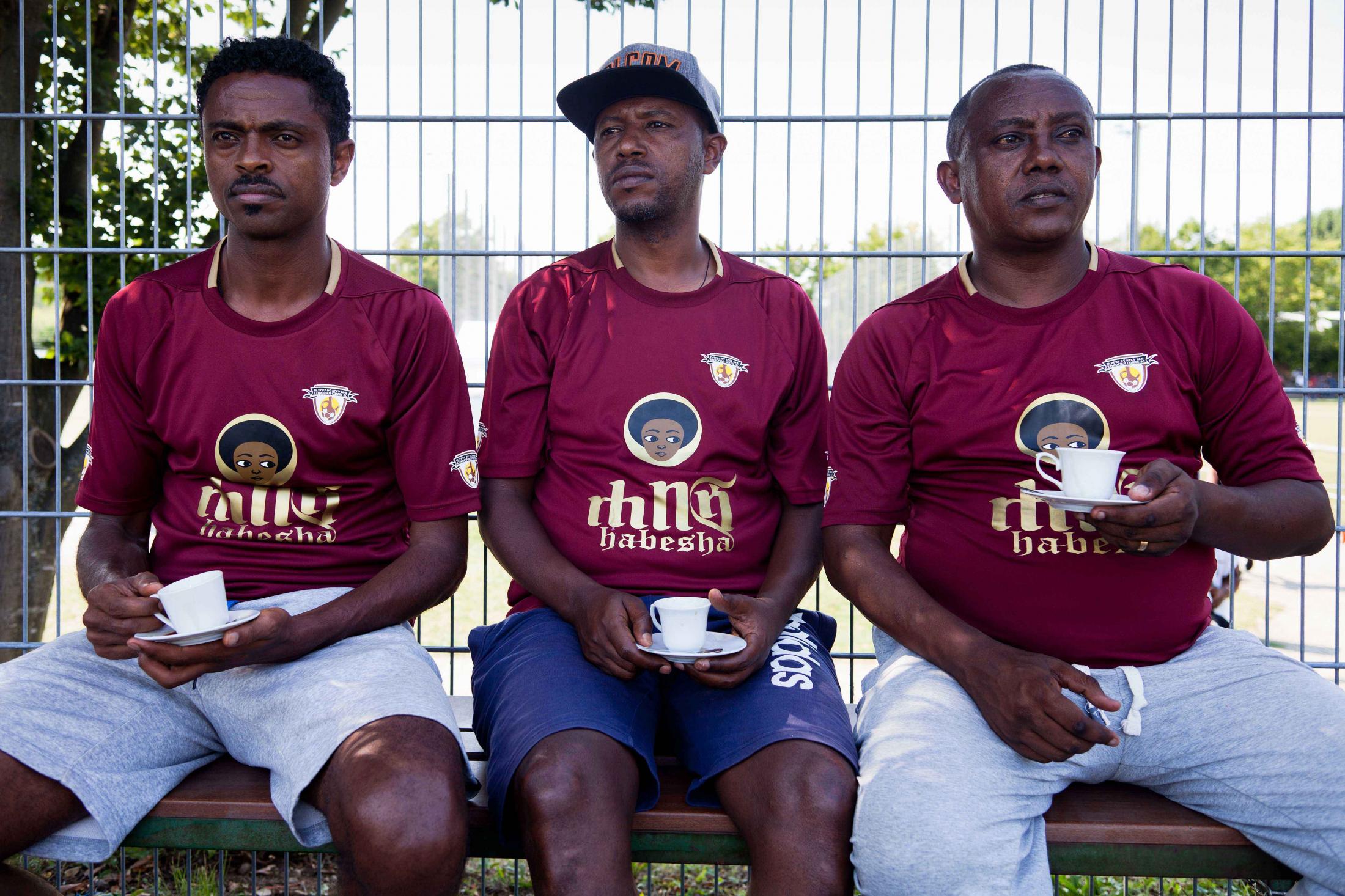 Three men watch the match whilst drinking traditionally prepared coffee. Their T-Shirts spell out the term Habesha, used by Ethiopians and Eritreans to refer to themselves as one group, actively eliminating the differences between various tribes and celebrating the unity between the peoples. 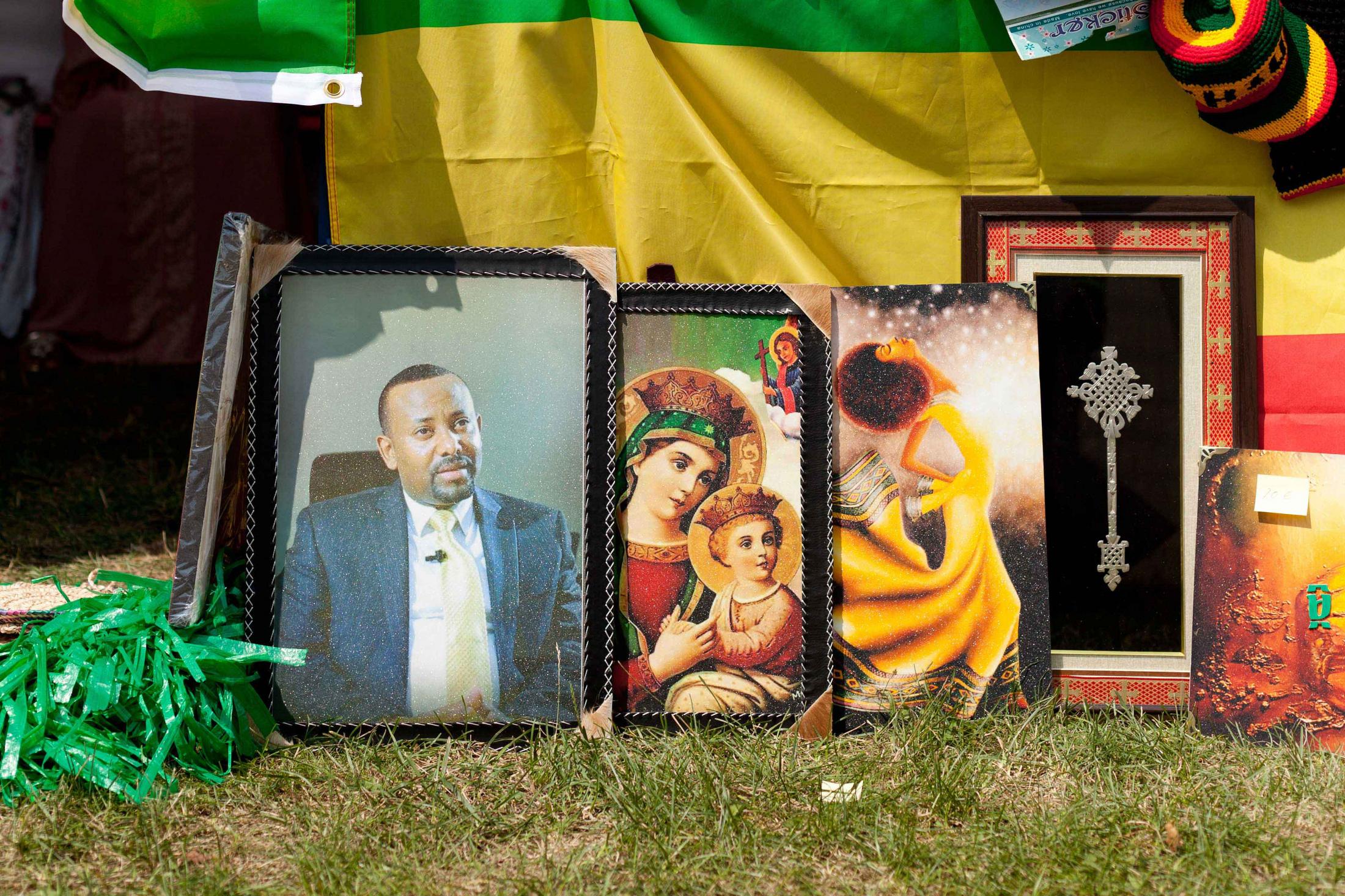 In April 2018, Abiy Ahmed was elected Prime Minister of Ethiopia. On 9 July 2019, he struck a historic peace treaty with Eritrea, ending the 20-year long border conflict between the two nations. Borders opened, families reunited. Hopes were high. But not much has changed for Eritreans. There is no debate over the indefinite nature of the national service, and the country remains a totalitarian regime, with repression, no free press, torture, disappearances. 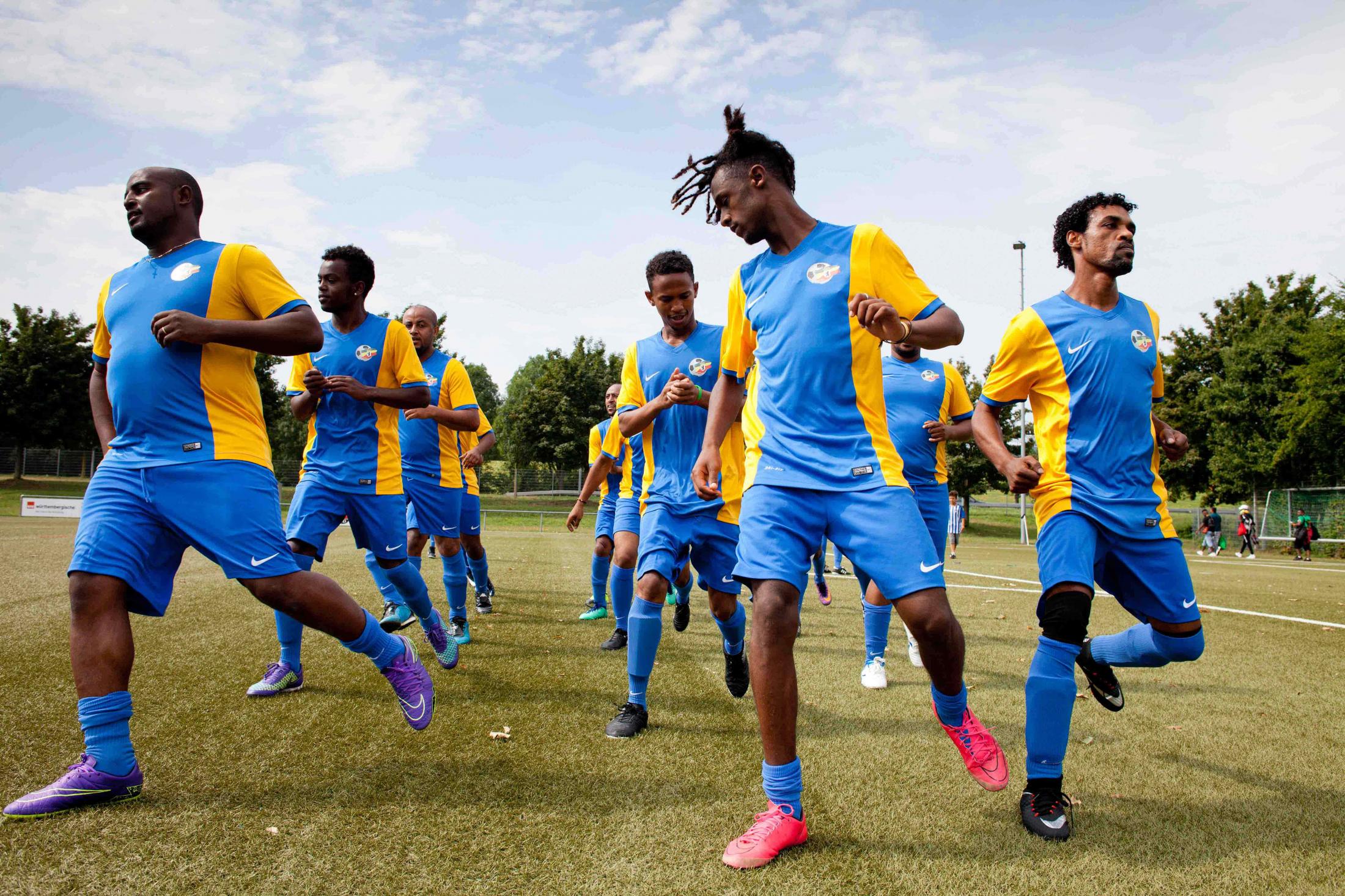 The players of Ze Berlin warm up before their first match. Most of them have come to Germany alone – on the football pitch they find connections and a sense of belonging, not least due to a shared culture, history and languages. 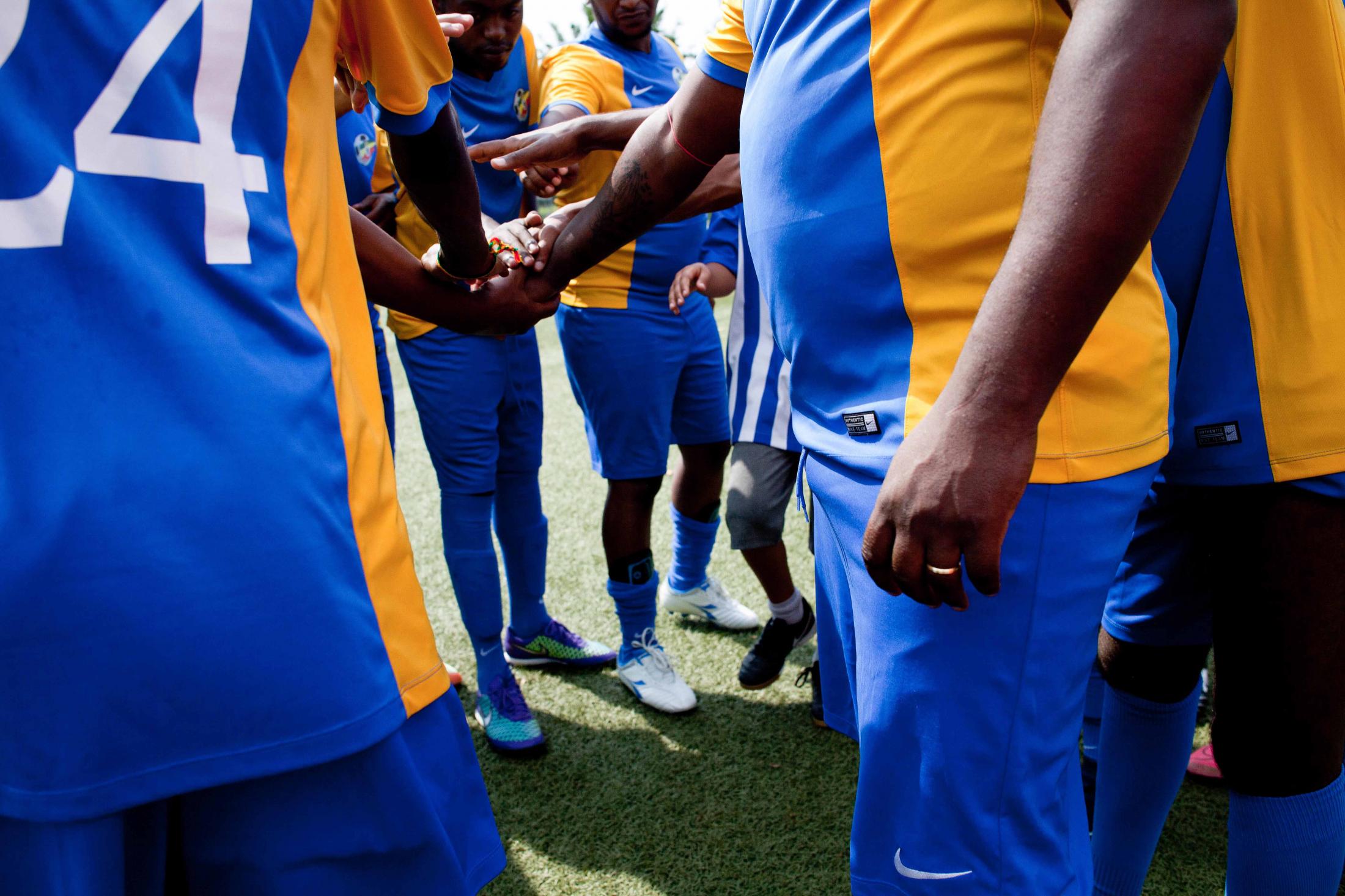 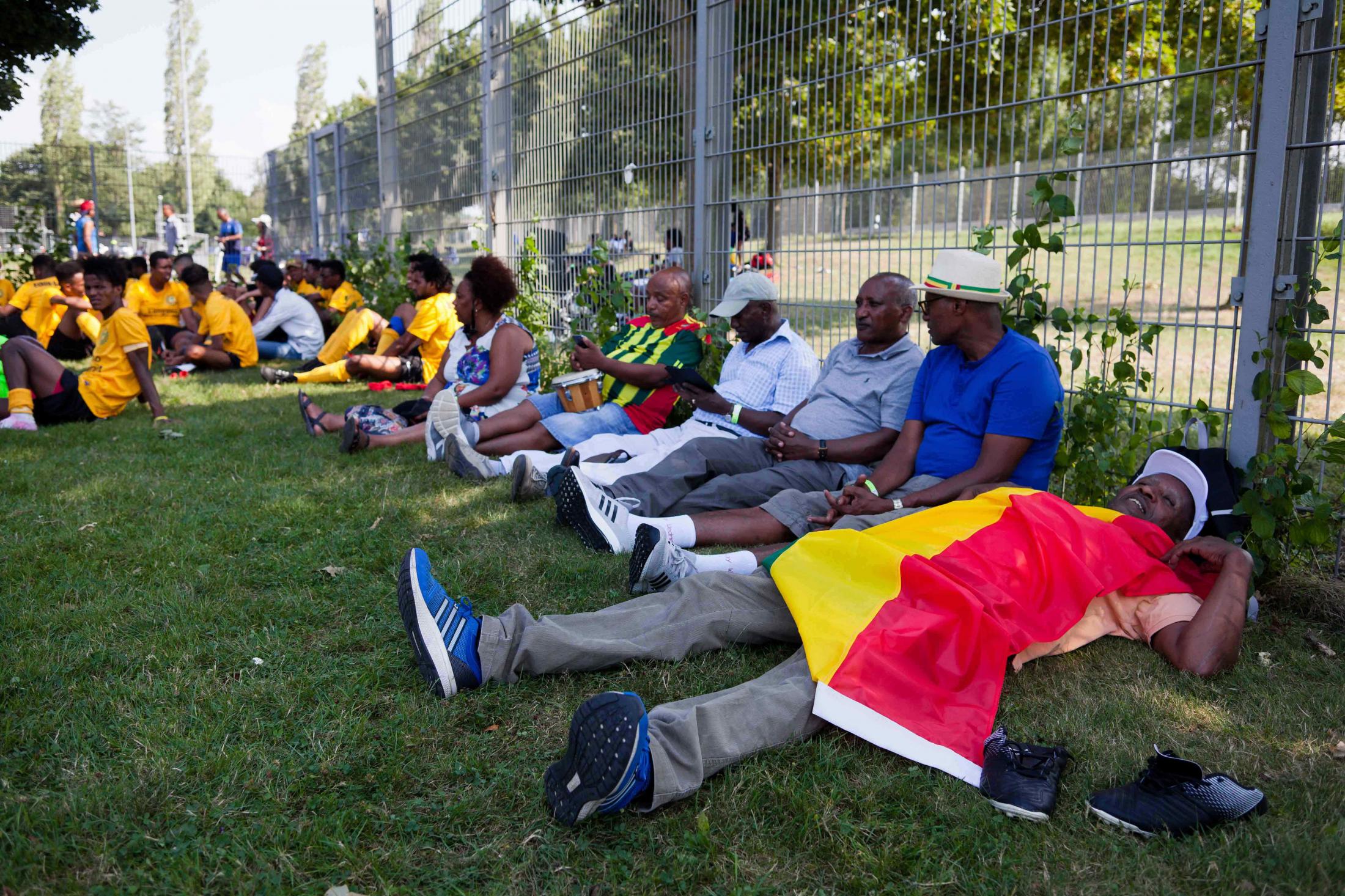 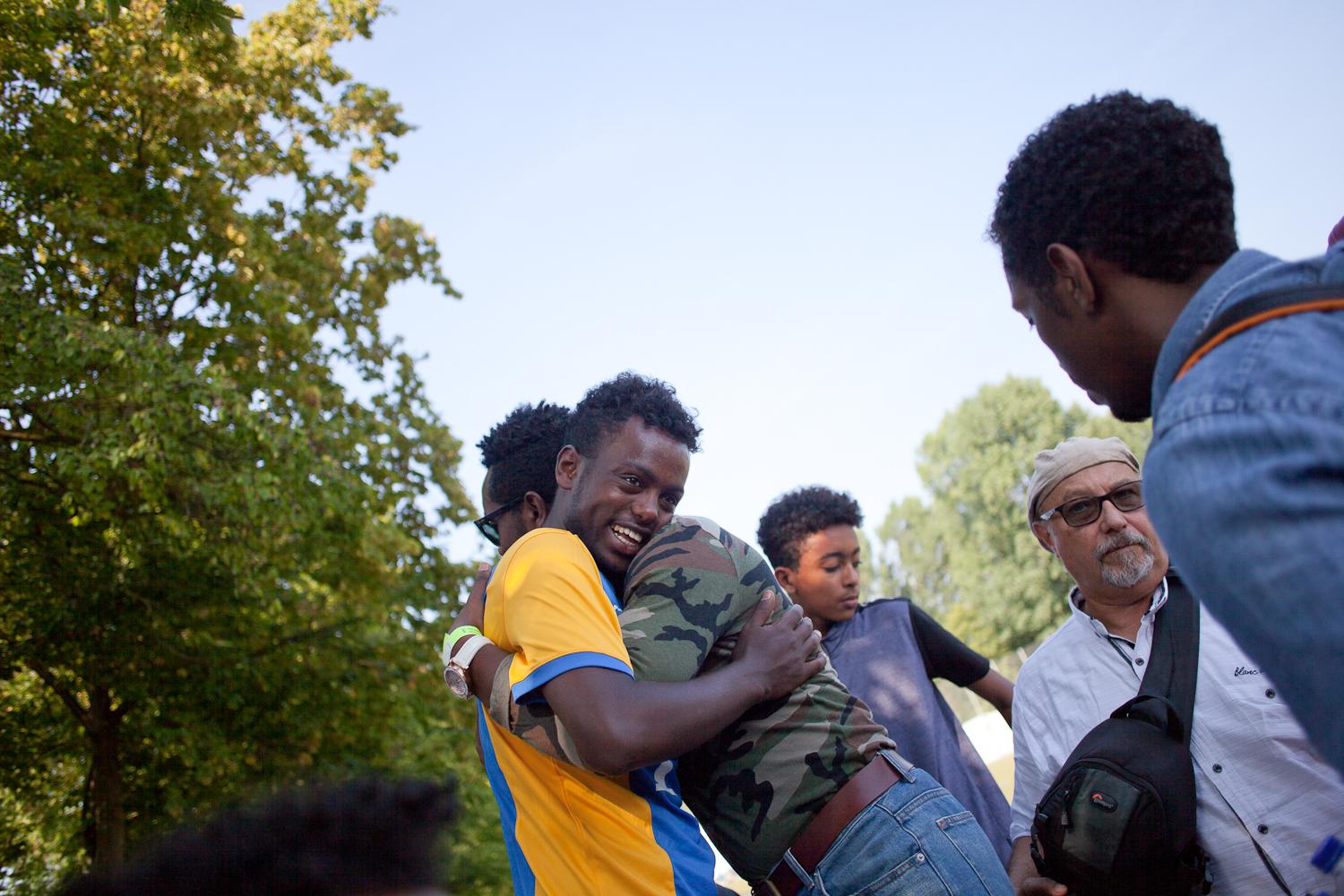 Mikiyas runs into a neighbour from the village in Eritrea that he grew up in. Much more than a mere sporting event, the annual football cup serves to consolidate the feeling of community among the Habesha diaspora in Europe. 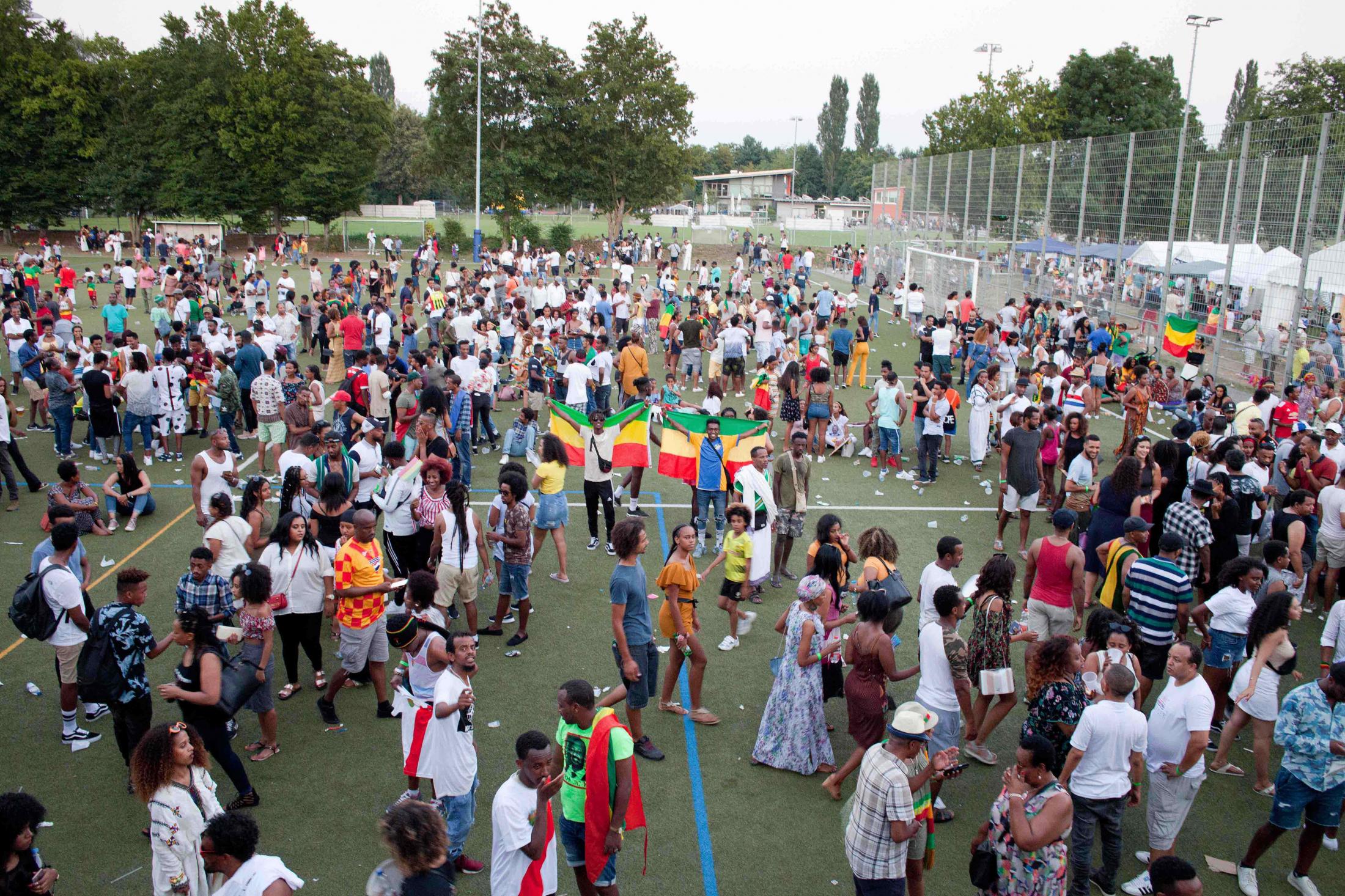 Ze Berlin players Amsalu and Yeabseru, who both fled Eritrea as minors, hold up the Ethiopian flag during the final party. More than a mere sports event, the football cup is a cultural happening, actively reinforcing family ties within the Habesha diaspora, and fostering a kinship across borders which has yet to manifest between the Ethiopia and Eritrea. 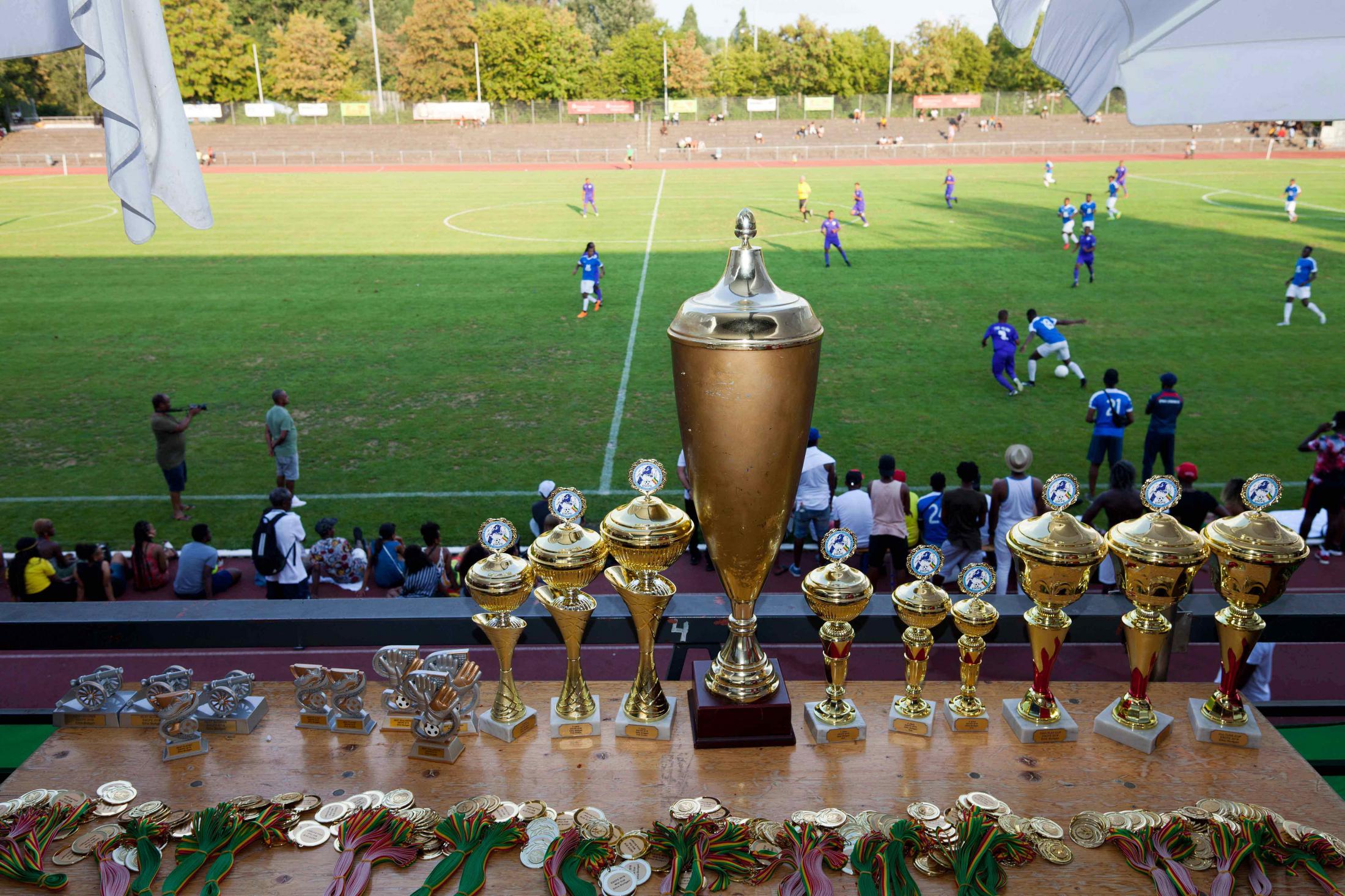 Ethio London play Ethio Holland during the final match of the Cup. Each team is allowed up to three players that are of neither Ethiopian nor Eritrean heritage. Ethio London chose to fly in professional players from Barcelona and Tottenham. 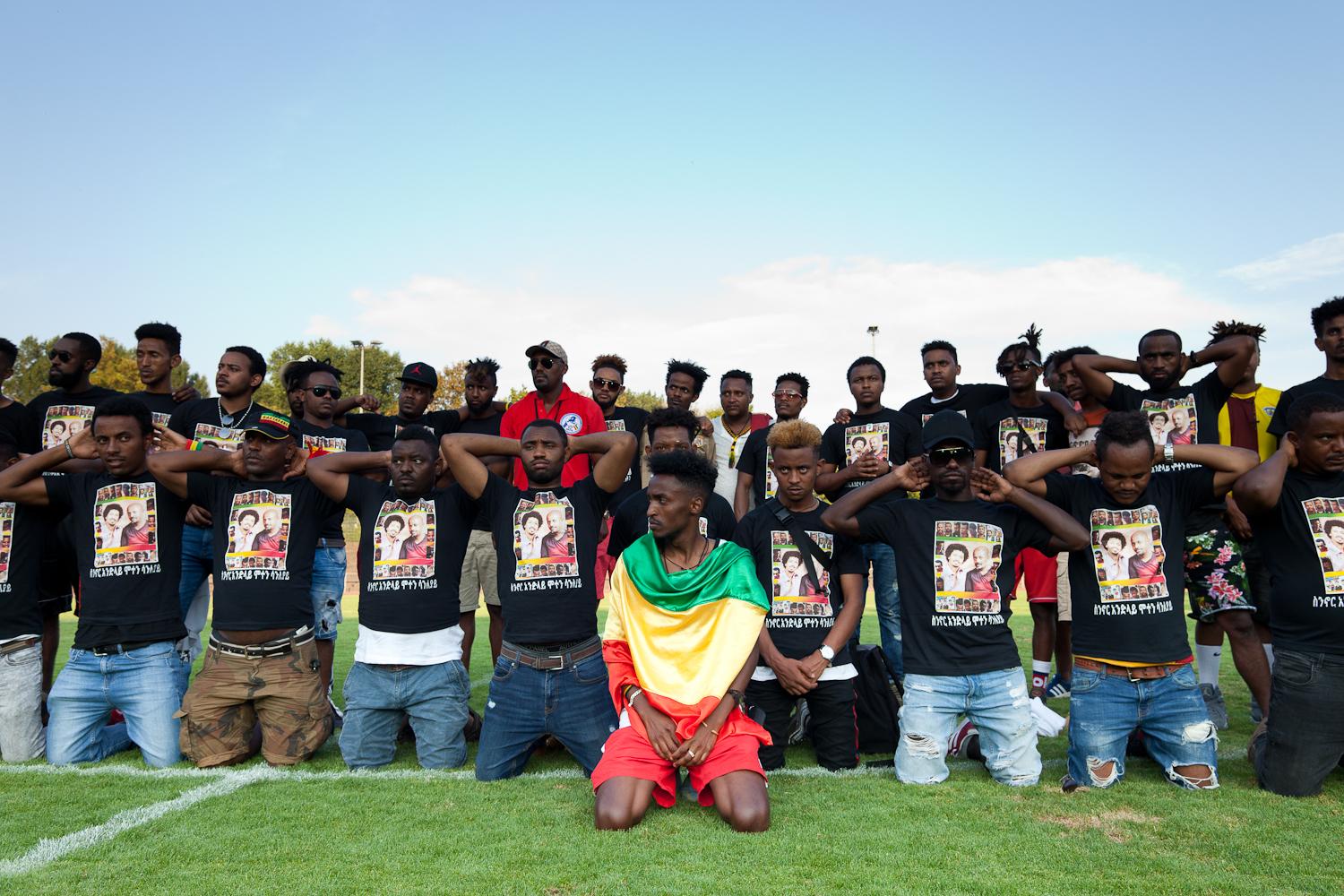 During halftime of the final match, Amsalu (center) and others observe a minute of silence in memory of the family members and friends who have lost their lives during their escape.

Over the last two decades, hundreds of thousands of Eritreans – around 12% of the entire population – have braved the official “shoot to kill” policy at the borders to escape into either Sudan or Ethiopia and embarked on perilous journeys – risking predatory militias, exploitation, sexual violence and unforgiving tundra – with the aim of reaching Israel, the Gulf or Europe. 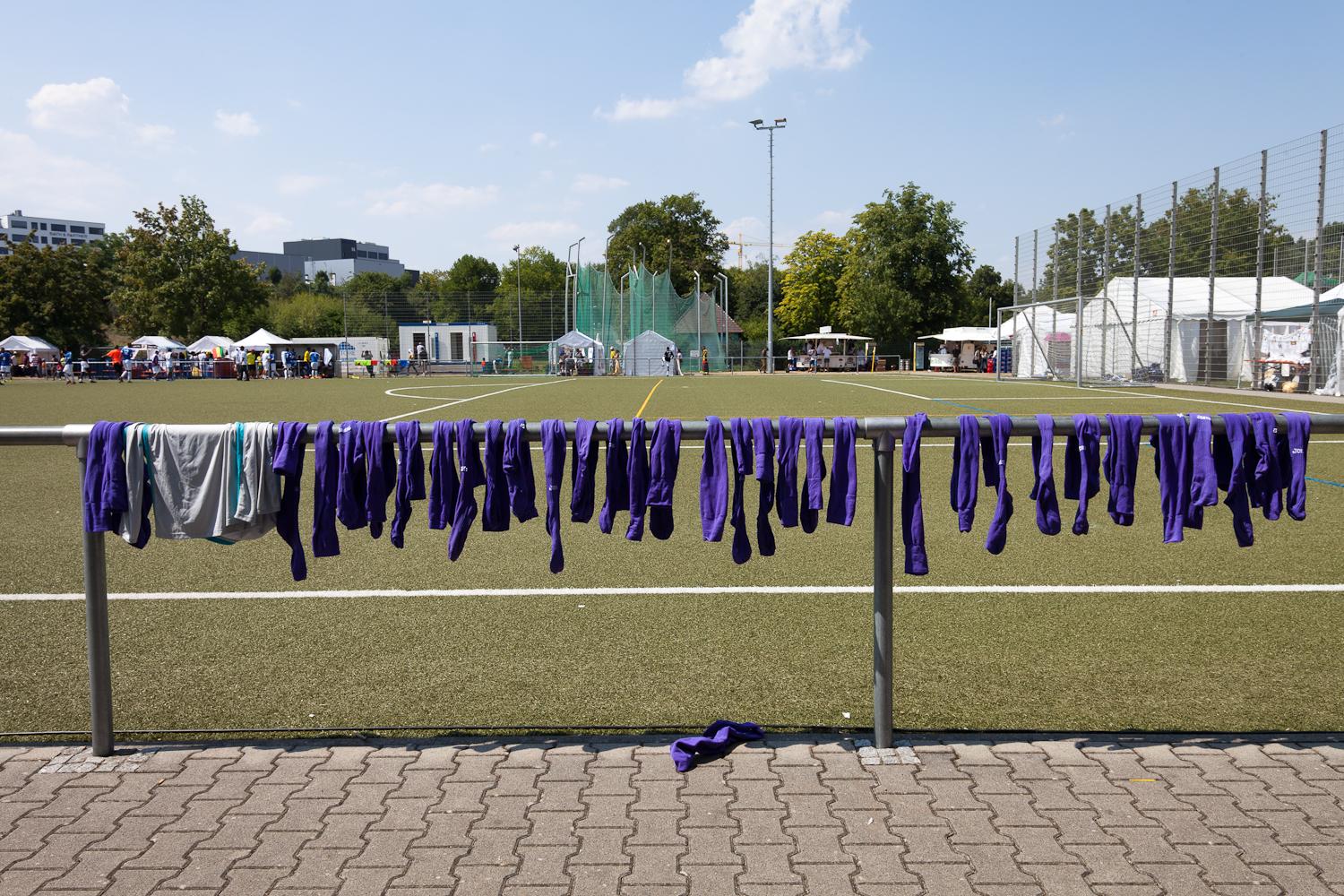 Team Ethio Holland’s socks dry after the final match, which they lost to Ethio London. Ze Berlin has made it to the quarterfinals. It was more than they had hoped for, and enough to spur them on to participate in the Cups to come.


Update Required To play the media you will need to either update your browser to a recent version or update your Flash plugin.